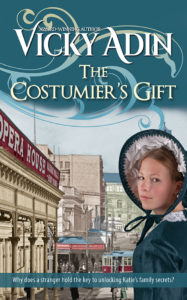 Winner of an IndieBRAG AWARD.

This book is AWESOME! Vicky Adin has a way of writing that gives all her characters a depth not found in many books. They are well rounded, in a way that makes them seem like people you truly know. Even though this is the third book I have read by her, I still had that sense of wonder as the book continued on. I am glad I had read the other two, but to me this book could easily stand alone. (though recommend them all as they are delightful.)

The Costumier’s Gift – the dual-timeline sequel continuing the family sagas of Brigid The Girl from County Clare and Gwenna The Welsh Confectioner is now available.

Although this is a follow up to two earlier books, you can read this as a standalone. The story is rich in strong women and the determination mixed with love that helps them through the hardest times. Living 100 years apart, Jane and Katie face their own challenges, but their stories twine together in a captivating tale. A must-read for anyone who loves historical fiction, or who is interested in how the past affects today. Goodreads reader. 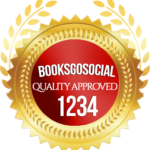